Archives and Anecdotes: Telling the Story of CAHN/ACHN

Immediately after graduating from the school of nursing in Yarmouth, Nova Scotia, Barbara Keddy was asked to become a clinical instructor in the program. Although one of the courses she taught was on the “history of medicine” (rather than the advertised nursing,) it was more or less a “rote thing” of memorizing dates, etc. Moving later to Halifax with her young family, she completed a diploma of public health nursing, a bachelor of science in nursing, and a Masters in sociology.

As she began her PhD in sociology in 1977, she landed a job teaching in the school of nursing at Dalhousie.  Although no courses on nursing history exist at Dalhousie, then and now, her own interest in the history of nursing was sparked when she began talking to some of the older nurses in her program about the changes in nursing they had witnessed.  With funding from the Registered Nurses Association of Nova Scotia, she travelled the province conducting oral histories with nurses who had graduated from the 20s to the 40s, eventually placing the transcribed tapes in the Nova Scotia archives.

When a radio station “read or heard of some of my interviews … they started putting them on the radio station and it just became something of a passionate interest of mine. As a feminist in the school of nursing with graduate degrees now in sociology I was somewhat marginalized.  I wondered how I could bring about a relationship with some organization that was interested in nursing but also would have a different perspective than just merely nursing theory.” Read more… 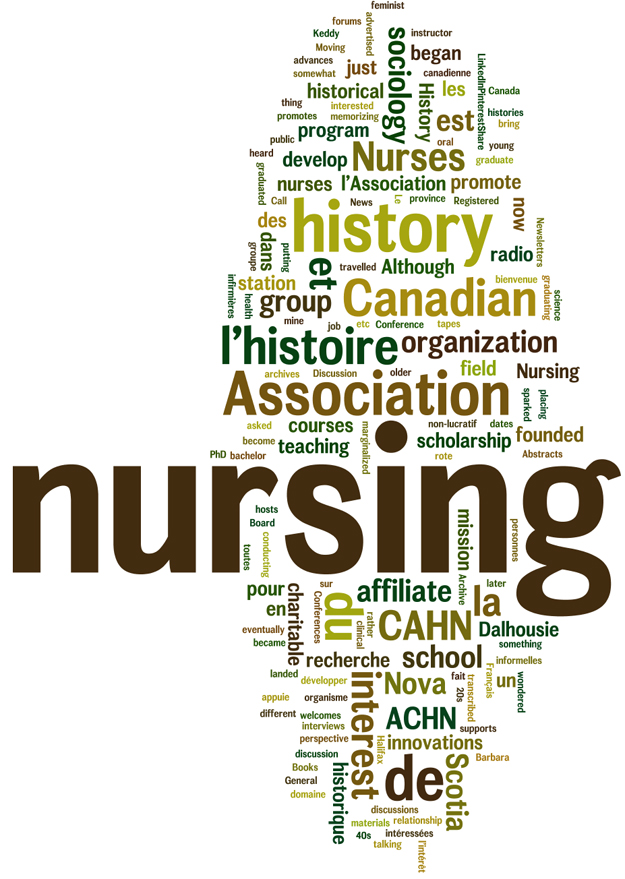